Breaking news
Home » Continuity » The future of logistics in the city 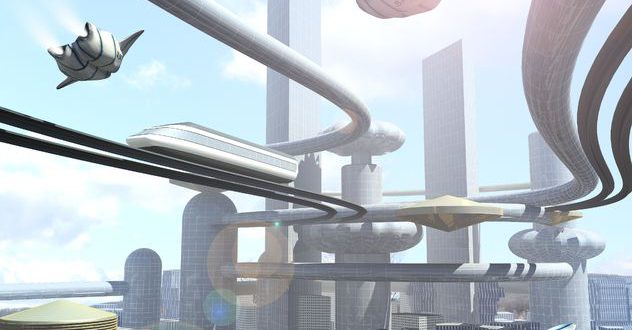 The future of logistics in the city

We all notice it, traffic is getting worse and worse in and around big cities and ports. According to INRIX studies, the 10 most congested cities in Europe, along with the average number of hours drivers spent stuck in traffic in 2015, looks like this. We do not have to explain what these costs mean for your bottom line… 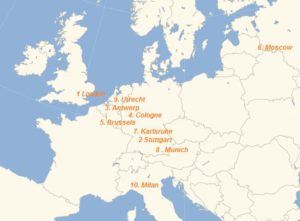 Urbanisation started during the industrial revolution. People moved from the countryside to the cities in order to find a job. Ever since, more and more people moved to the cities and currently +/- 60% of the world’s population lives in a city. Urbanisation, combined with economic growth, obviously resulted in increased traffic congestion and puts a lot of strain on the infrastructure in a city. Changes need to be made but the challenge lies in how to preserve growth while maintaining the standard of living in the city as urbanization does drive GDP and economic growth.

3D printing can be seen as a counter-action against globalisation as products are manufactured closer to end-users. This decreases the need for long-distance transport but may increase last-mile transport, putting a lot more strain on the cities. Companies are already working on consolidating transport flows and optimizing the load factor of lorries but if the demand for individualised 3D print items increases this effort needs to be doubled to prevent last-mile transport to increase in the same way.

In 2016, Mercedes released the Mercedes Vision Van. The technology is very futuristic and not quite ready for implementation yet, but the concept is promising. Two autonomous drones are attached to the roof, which, automatically and autonomously, deliver packages within a short range of the van. This greatly improves the efficiency of delivering. But that’s not all. The cargo space of the Mercedes Vision Van is fully automatic. Once all the cargo is loaded, the van will check to which address packages need to be delivered and then transport the package to the front of the van so the driver can deliver it to the customer.

Urbanization cannot and should not be stopped but new ways should be found to limit the congestion in cities. 3D printing does decrease long-distance transport but increases last-mile transport, putting more strain on the cities. Efforts to control traffic in the city need to be increased to facilitate this growth. And who knows, maybe the Mercedes Vision Van will be implemented sooner than we think so deliveries can be made much more efficient. All to decrease those amounts of hours drivers are stuck in traffic.

How does your company deal with the increasing amount of congestions in cities? What is your take on the future of logistics in cities? Leave a comment below or on one of our social media channels: Facebook, Twitter & LinkedIn!