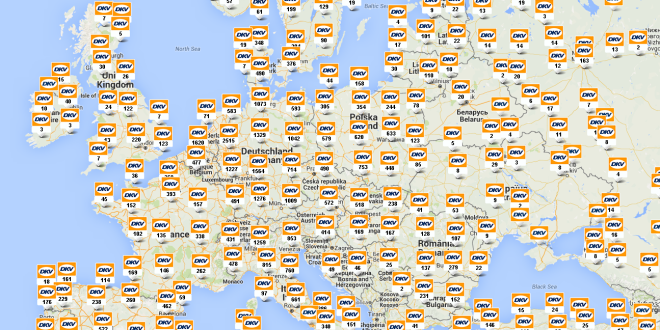 One toll box for Europe: wishful thinking or reality? Find out!

In time to come, European electronic tolls service EETS intends to establish an uniform on-board unit (OBU) for all EU-countries. This will come as a relief primarily to all truckers, who often need several toll boxes on their European trips so far. Although the EETS-project was originally due for completion by 2012, it was grounded as a result of strict EU-instructions and frequently irreconcilable local preconditions. Jürgen Steinmeyer, tolls division director at DKV Euro Service, is firmly convinced that a solution leading up to a uniform European tolls service will inevitably be one that is supported by all EU Member States together.

Is there a pan-European toll box by now?

Although right now there still is no OBU that is fit for use all over Europe, there are a few interoperable OBUs in the market, like the DKV BOX. This box can already be used in Germany (Warnow Crossing and Herrentunnel), Belgium (Liefkenshoektunnel), France (TIS PL), Spain (VIA-T) and Portugal (ViaVerde). In its capacity as partner of AGES Maut System in Langenfeld, Germany, DKV has long been working on a solution for uniform European tolls settlement, and a pan-European OBU is in preparation. So far, however, the technical, commercial, contractual and legal preconditions still are not in harmony all over.

What are the technical preconditions to comply with?

The European tolls service intends to reconcile DSRC- and GPS-based tolls systems. DSRC is based on microwave, GPS is satellite-controlled.

Obviously, a toll box fit for use all over Europe must be financed. Because right now there still is no uniform apportionment scheme in this matter, the economic business case is still awaiting approval on the part of EETS-providers like AGES. Moreover, the basic principles of the contract must be harmonized with the various existing requirements in countries all over Europe if all EETS-providers are to be given the same contract options. 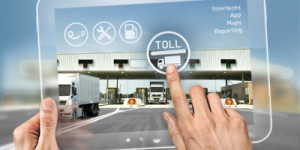 Because, due to the varying statutory conditions in EU Member States, by far not every contract model is fit for pan-European translation and application. Many contract models that are permitted by law in one country are nonetheless contrary to the financial law applied by another country. A similar situation exists in the area of statutory preconditions.

To what extent do statutory preconditions differ?

The objective of the 2004 EU-Directive and the 2009 EU-Resolution is to lay the basis for a uniform, pan-European, interoperable tolls service. To this end, both EU-law and individual national law must be harmonized where EETS is concerned. Conditions are: one contract, one OBU, one invoice. Two of these conditions – namely one contract and one invoice – are already met by DKV right now. In order to be able to present one uniform OBU, a regional pilot (REETS) was run between 2013 and 2015 and completed in October that year.

What results did this pilot project deliver?

Objective of REETS was to roll out EETS-services within the framework of a regional project encompassing Germany, Austria, France, Spain, Italy, Denmark, Poland and Switzerland. DKV was deeply involved in this project from the beginning. By now, parties have agreed on common technical solutions and they have carried out practical tests. This was followed by the introduction of contract frameworks and the creation of an information platform. On so-called REETS Final Day these results were unveiled to a highly interested audience consisting of many European partners (Member States, toll operators, service providers). Subsequently, other European Member States presented their toll systems (Belgium and Norway), informing parties about their current status as regards EETS-interoperability.

So how to continue?

The EU is to propose a new draft for amendment of its 2009 Resolution, intended to facilitate the future transition of EETS. Meanwhile the REETS-initiative will be continued in spite of its official completion. We are firmly convinced that this project will generate a huge influence on the EETS-process as it is

As from 30th December 2019, the responsibility for DKV ASSIST services in UK and Ireland …