Love2Truck: Who will become Belgium’s most passionate trucker? 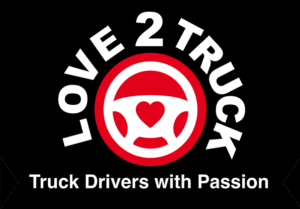 Brussels, 15 January 2018 – Various prominent parties in the Belgian transport industry are going on an active search for the most passionate truck driver starting today. For this purpose they launch a massive campaign named Love2Truck through social media and its accompanying new website creation www.love2truck.be. Candidates are encouraged to enroll and to motivate their participation by presenting a story as authentic as possible about their passion for the job. On June 2, Belgian’s most passionate truck driver will be elected on the basis of all these warm-hearted stories. The campaign was initiated for the purpose of finding as many fervent truckers as possible, but also to get people enthusiastic about becoming truckers on reading the many positive stories.

From a large transport survey recently conducted it appeared that Belgian truckers are proud truckers [1]. It is through the ‘Love2Truck’ campaign that the initiators will be going on an active search for those proud drivers and their passionate stories during the first months of 2018. Who are these drivers? What do they do? And, first of all, why do they have such passion for their job?

It is not only passion that is an important ‘driver’ in this campaign; the industry is also in huge need of more truckers. Due to a lasting, dire shortage the truck driving profession has been a labour market bottleneck for ages 2. This appeared again from a survey conducted in November 2017. The current truck drivers’ shortage puts a severe brake on the growth of Belgian haulage firms [2].

Face(s) of the campaign

The face of the campaign is initially composed of 3 motivated truck drivers: Danny Das of Withofs Transport, Omer Uzun of Van Moer Logistics and Griet Aerts of Meers Transport. By introducing these three faces, the initiators wish to underline that this campaign is open to EACH AND EVERYBODY (to be) employed in the Belgian transport industry.