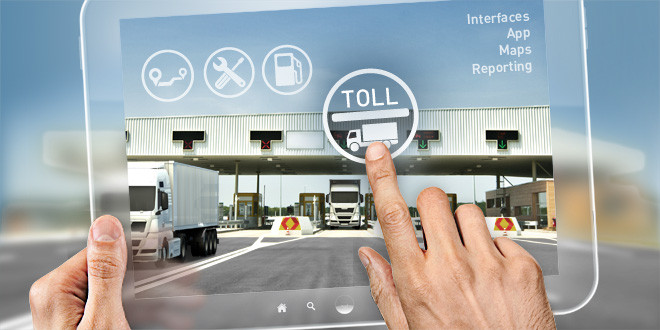 For many years familiar to European hauliers: German toll. As of 2015, the German Federal Government decided that all trucks of 7.5 tons and over will apply for this levy. This affects about 80,000 trucks. In addition, another 1000 km four-lane highways will be added.

The German toll system is by now an example to many other countries initiating automatic systems. Many transport companies, for instance, are already profiting from the current online registration system used by toll operator Toll Collect.

Unfortunately, online registration systems are not sufficient for you to achieve optimal efficiency in the management of your transport processes inside or through Germany, certainly when considering the size of the toll road network alone, totalling 12,800 kilometres (800 miles) of motorways (‘Bundesautobahnen’) and 1,200 kilometres (750 miles) of regional roads (‘Bundesstrassen’). So, although there is hardly any escape from LKW-Maut, there are of course possibilities to reduce these costs as much as possible.

Already, about 90 per cent of truck combinations subject to tolls pay their LKW-Maut via an On Board Unit. Almost 64 per cent of these OBUs are installed in German and Polish trucks using German motorways, with the Netherlands in third position with its total of 48,000 installed OBUs. To many haulage firms, direct debiting of the kilometres covered and the costs involved is the best toll payment option. Other advantages of OBUs are the very few handling operations required, especially regarding time and FTEs.

What other options do you have for even further optimization? 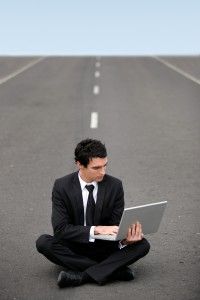 As observed above, the OBU is your best choice when it comes to German toll payment. Of course, tolls may also be paid via the web site or at the various toll terminals located along the roads in question, but this is unnecessarily expensive and time-consuming.

The comfort and savings that come with OBU-payment may be shaped and improved even further by using the various additional services available. LKW-Maut may for instance be paid via DKV and its special OBU card. Using your DKV Card and OBU vehicle card will open up many additional services for you to use, like detailed online reports regarding your fleet and the possibility of receiving all your toll payments specified in one and the same invoice. This will give you a considerable efficiency edge, leaving you full room for strategic business development instead of purely operational tasks. And as your drivers will no longer need to be waiting during trips, great time savings lie in store for you.

At the start of this year there were many discussions about new plans of the German government for incorporating new motorways in its compulsory tolls system and about lowering the minimum total weight for truck combinations to 7.5 tons. According to Dutch TLN this will hardly make a difference to Dutch hauliers, as they are already operating heavy truck combinations subject to toll payment. Yet, these new plans may severely affect the cost positions for many of you. Overview of new toll directives

From 2015: Toll imposed on truck combinations weighing 7.5 tons and over (instead of the current 12 tons) From 2015: Current tolls network to be enlarged by 1,000 kilometres (over 600 miles) of four-lane roads.

So if you still have not equipped your fleet with OBUs, we would certainly recommend giving this some further thought, if only because of the savings involved. Second, the expansion of the German toll road network is another legitimate reason for you to study your current cost position and, if required, to take action by actively deploying supporting tools and services.

Be it as it may, we, on our part, will be more than pleased to offer you the possibilities for optimising your business operations!

You drive, we care!

Share
Previous How to excel!
Next What do we require from mobility service providers now?