Does electromobility hold the future?

As already referred to in DKV’s ‘The Future is Now’ blog series, the issue of sustainability will bring about a drastic change in the world of transport in decades to come. It is obvious that the transport and logistics industry will be expected to contribute to the reduction of CO2-emissions. This is realised in part by the use of alternative fuels and replacement of fleet components by way of e-cars and e-trucks. However, will electromobility turn out to hold the future of the transport industry? Or will the contribution to the sustainability issue appear to jump from out of another corner? 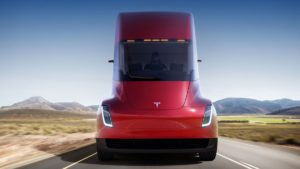 Electric is strongly on the move

Developments in the electric truck area are now taking place in rapid succession. Already in 2013, Heineken, in collaboration with Hytruck, G. van der Heijden distribution centre and the City of Rotterdam launched a 19-t electric truck. In 2016 Mercedes-Benz introduced their 26-t Urban eTruck. In May this year, Boonstra Transport started using the world’s first 44-t electric truck. Other brands too, like MAN, VDL and Tesla are intensely occupied with e-truck development. With the e-truck upsurge we see a simultaneous investment boost in the corresponding infrastructure. All over Europe we notice an increase in the number of electric charging points, while providers like DKV Euro Service more and more often propose the possibility of using their fuel cards for electric charging as well.

Nevertheless, Lars Stenqvist, EVP at Volvo Group Truck Technology observed during a round table held in Washington in September this year, that ‘electric vehicles are not about to take over the world’.[1] Despite the fact that also Volvo are aware of the increasing importance of electromobility and hybrid technology, it still concerns new technologies being built on top of older ones. “The problem of having to leave well-known technologies behind is what frustrates us,” says Stenqvist.

The last mile versus long-haul

Like DAF, Volvo Group discern increased potential for hybrid technologies covering the ‘ last mile’. For long-haul and heavy-duty transport, these parties would rather suggest solutions like the e-Highway, with freight transport being conducted along the road by electricity. For Germany only this would result in savings amounting to 6,000,000 tonnes of CO2– if 30% of trucks on the German roads were to use it.[2] When we assume an average (though slightly low) price of EUR 100.- per ton CO2 in the event that CO2 will indeed become a serious cost item, this would bring savings in the staggering amount of 600 million. Development of the e-Highway would not seem too far-off. By order of the government of the Federal state of Hessen for instance, Siemens will be laying out an overhead catenary system for electrified freight transport on a 10-kilometre stretch of motorway on the A5 Autobahn between Frankfurt Airport and the Darmstadt junction.

According to the 2016 ‘Trucks en Trailers’ asset vision for the coming decade published by ING Bank, sales of trucks powered by alternative fuels will increase from the current less-than-1 per cent to reach 15 to 20 per cent by 2025.[3] In this report it concerns biodiesel (additives), LNG and electric trucks. Hydrogen is not a fuel specifically referred to in this report. At DKV Euro Service we nonetheless expect hydrogen to be playing a highly significant role in both short-haul and long-haul transports over time. Everywhere around us we see initiatives arising to convert hydrogen-powered travel into reality. Take for instance Scania, which, together with the Norwegian Asko company, are now testing a hydrogen-powered truck intended for use within a 500-kilometre range. In America we currently see a Toyota pilot in the form of a 40-t hydrogen truck. Also in the Netherlands there are various hydrogen initiatives. In the Dutch province of Noord-Holland for instance, a pilot was launched with a view to introducing three hundred hydrogen-powered refuse trucks in three years’ time. 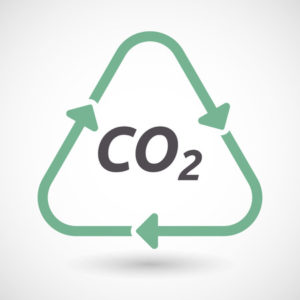 In summary it remains for us to conclude that it is hard to predict the future. All around us we see new initiatives being taken, each of these arising from the need for the industry to restrict its CO2-emissions. In general terms we may observe that, with a view to electromobility, we see the rise of a division between short-haul and long-haul. It is in short-haul that we will be seeing electric trucks more and more frequently. With regard to long-haul, electric transport does not prove the answer, while we expect hydrogen to be playing a significant role, apart from initiatives like the e-Highway. All in all, it remains important for us to take the necessary sustainability steps here and now, as both consumers and customers are attaching more and more value to sustainability. If as a haulier you should not yet be ready to invest in electric transport, then make a provisional choice for alternative fuels like natural gas (CNG and LNG) or vegetable oil and compensate your CO2-emissions by using a solution like the DKV CARD CLIMATE.